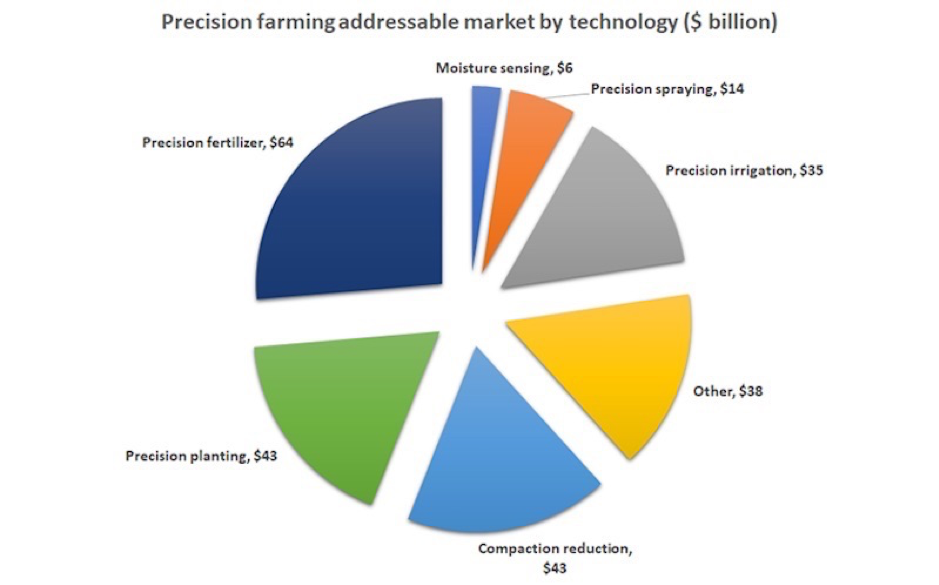 Don’t be surprised as most of us thought that they need insurance, subsidy, fertilizers, water and someone like PM Modi thinks Direct Money Transfer! Well, all these are misplaced agendas as farmers need AI, MAL, IoT, Data Analytics & Robotics!

I have mentored over 100 startups this year thru very structured boot camps for validating their idea. Around 30 of them were directly or indirectly related to Agriculture of various kinds including like Aquaculture, horticulture, Aquaponics, Hydroponics, Animal Husbandry etc. As part of their task of Primary Market Research, each one of them went into rural areas and   talk to hundreds of farmers about their problems. The single common problem was the YIELD. I know everyone seems to know that but what was surprising is the real reason for low yield. Most of the farmers are currently operating below 50% of their possible capacity and not because they don’t have resources or fertilizers, the most commonly used crop YIELD enhancer, but they lack - DEPENDABLE & TIMELY INFORMATION and hence I say that the farmers need AI, ML, IoT, Data Analytics and Robotics and not fertilizers to improve YIELD! Let me explain what the various reason for low YIELD with various solution being built, and fertilizers is not one of them:

Water Management for Irrigation:  Most of the farmers are not aware of the exact amount of water and moisture required for the crop they  sow as whatever they know is from hearsay basis form their family members and no one told them what is the exact moisture content is required for different crops, Hence they end up either over irrigating the crop, which leads to waterborne diseases that kills the crops or under irrigating, which also kills the crop. This leads less than 40% yield year on year with no respite for farmers. However, if a simple IoT solution is deployed in the field, where each crop would get just perfect amount of water as its management  can be done accurately and remotely thru a AI based system. The IoT solution is based on few sensors and cloud-based algorithm that can manage it automatically and also by a mobile app that sits on farmers mobile phone. Over period of time, the data can used to provide even better input to the farmers on when and how much to irrigate for different crops thus optimizing the YIELD. Couple of my mentees are working on it they plan to bring big change in status quo that would increase the farmers Yield and income by 100%.

Sowing Management: Almost 100% of farmers rely on monsoon to sow their crops. This makes them vulnerable and they lose their crop either due to early or late sowing to the monsoon. In fact, this is single largest reason for some farmers in Gujrat to live with only two crops in a year rather than three. So, while they operate at 66% of their capacity, which itself is under threat due to unpredictable monsoon. Hence most of the times they operate on an average 30-40% efficiency. However, if they use an AI/ML based weather forecasting system that can accurately predict the rain five days before it happens, the farmers can sow at the right time. By sowing not early or late, they can get 100% yield of each crop and also help them grow three crops in a year. One of the companies that we mentored is currently developing the technology for commercial use. This could increase farmers YIELD and income by 100-200%.

Disease management: One of the startup that was working on an AI based system for disease detection and pesticide recommendation in Odisha called Crop Secure , found out that farmers have no clue as what disease is/can affect the crop and they arbitrarily spray any pesticide provided by the local cooperative. This does not eradicate disease and the crop dies due to lack of right treatment. Sometime the entire crop gets infected leaving the farmer in distress. The startup is creating an image-based solution where the farmer has to take a picture and upload to an app, and they will receive a revert on what disease it is and what pesticide is to be used. Th App compares the image to its data base and finds a match to detect the disease. This could save the farmers at least 30-100% of their crops every year increasing their YIELD by and proportionate revenue by again almost 100%.

Aquaculture Management: When a startup went to interiors of Odisha to talk to Aquaculture farmers, he found out that their YIELD is again as low as 30% of international average. That encourage the startups to apply a solution that was based on AI where the water of the ponds used for Aquaculture had very low oxygen level affecting the provision and consumption of feed leading to lower YIELD. The startup built an AI based system that would go into the water and measure the oxygen level and then induce oxygen into the water based on the requirement. This is further combined with right amount of feed released by the same system would increase the YIELD by two times. The entire architecture is based on AI driven cloud-based system that analyzes  and manage the oxygen level in teh water and also manage the appropriate feed to increase the YIELD by minimum two times.  This would increase the farmers income proportionately

Labor Management: Covid 19 has shown the importance of Immigrant labor around the country. But who would have thought that country with a population of 1.3 billion and 70% of them are poor, would actually have labor shortage in Farming in that sates other than Punjab and Haryana? But the big fact is there is a labor shortage foe farm labor across country and hence the cost is also high. In a primary market research of a of a startup in Udupi region of Karnataka the farmers are facing labor shortage during peak sowing season. When an robotic sowing equipment was suggested to them, they were excited and more than happy to use it without any inhibition. The startup is now developing a Robot for sowing that would help farmers cut cost and increase the YIELD and profitability.

Animal Husbandry: India has largest population of cows but lowest per capita (cow) milk production and the sole reason is that the cow gets pregnant only 3 of possible 12-14 times. It primarily happens as the cow only gets pregnant thru Artificial insemination and the poor farmers or the local vet does not know exactly when the cow is on heat and hence, they go hit and trial. This is not only painful for the cow, but lot of money is wasted on calling the vet and buying the sperms. Flixdrop technology is a startup that has developed an AI based Fitbit kind of collar for Cows that tracks cow’s health, specially, the heat period in real time and alerts owners, vet and the sperm bank for them to get into action for artificial insemination. This would mean that the cow can get pregnant at least 8-10 of possible 12-14 times increasing the per capita milk output by 3-4 times! The product has already been tested over 200 cows and has accuracy of over 95% currently. The startup is now going into commercial production. The startup also plans to develop similar products for other pet animals in future.

I have more to share but this is getting a very long read. Before I end, here is another fact that came out of Primary Market Research that none of the farmers have any reluctance in paying for any of the above services/devices as they realise the value offered by each on them is many times over than the monies asked for. In-fact many have offered way more monies that was expected. We are helping these startups to get into commercial mode very soon. More on AI, ML, IoT, Data Analytics and Robotics soon.