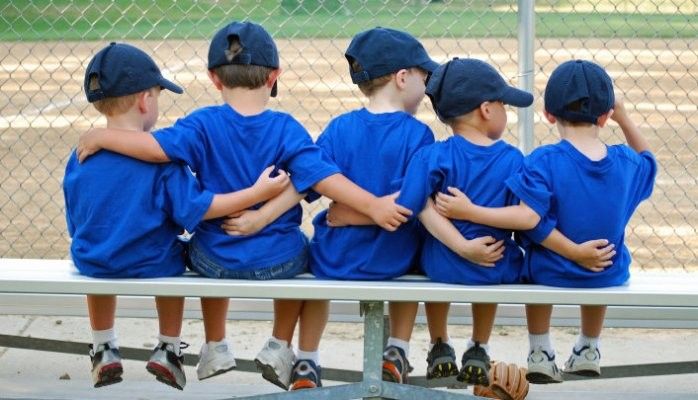 An Article “Team spirit” in Economist prompted me to write this article. I may sound very critical of many things related to “Team spirit” in India , but then facts, when stated are many times adversarial to government and organisations responsible for running social establishments like schools, sports and those creating employment opportunities. They keep doing things without staying relevant and hence it is important to look at it critically to understand the wrongdoing!

At one place in the article it says “The “millennials” who will soon make up half the workforce in rich countries were reared from nursery school onward to work in groups”! that was the real trigger for me to write this piece! So what happens in poor countries like India? We are still sticking to or even forcing individual learning! India’s entire education system is made for individual to focus on themselves rather than a group or team. In fact there are no teams or groups! Nowhere in India any school encourages one to learn in groups. Some kindergarten schools may be trying very hard to implement some group activities in present, but that becomes completely ineffective as one grows older and starts attending the regular school. Then it is all about individual’s performance! Thus individualism becomes even more prominent as you grow older and go to higher grades. Each student is focusing on his/her self rather than try to solve the problem ‘together’! There is some effort to build some ‘team projects’ but then the groups are all as per the choice of individuals’ and not created to work with anyone in the class. Teachers don't assign the groups or create teams. The teams get created between ‘friends’ and normally students with higher grades stick together and others are left behind. Which means that there are no teams for most of the students as they always feel that their chances of creating something noticeable does not exist for obvious reasons! It wont be an exaggeration to say that there is never ever a 'team’ to have any “Team Spirit” at student level. The only team one sees is in sports arena. But then that is even bigger spoiler of Team Spirit. Here is how one sport is killing all the team spirit!

“Cricket” is the most popular game in India and unfortunately it is more of a individualistic game then a “team Sport”! I know lot of people are going to say ‘no it is not’. Well to all those people I want to say that by just putting 11 or 16 people together, it does not become a team event! In cricket, ultimately how well ‘A’ batsman plays or a bowler bowl matters and both these guys have to perform as individuals’! No one can help a batsman play better or a bowler bowl better or make a batsman hit a boundary or bowler take a wicket. Yes there are some assist like running for batsman, and catching or stumping or fielding for bowler that can be termed as “team assist”, but that’s it! Therefore if you are a good sportsperson in school and that should mean you are a team player, it is a complete myth! As a cricketer, one plays for himself and if he/she performs well, the team get some advantage. If you look at other sports like Soccer/Football or Basketball or even Baseball, it has higher degree of “team Spirit’ when one plays it that cricket. The recent win of Leicester city is an example of how one plays a team game! An not so known striker, Jamie Vardy, was one of the highest scorer as his team realized that he has speed and ability to strike with lot of accuracy, the entire team just kept feeding him the ball on counter attack. All 10 players were assisting him as individually he couldn’t have done it. Can we compare it to Team India’s situation where Virat Kohli who kept scoring runs in match after match in recently concluded T20 world cup? No, we can’t in spite of the fact that he is a brilliant cricketer and ‘A Team Player’ as he is an excellent runner between the wickets, he is brilliant fielder, he catches exceptionally well and he bowls too! Hence I call cricket more of an individual game than a team game and that explains “lack of team spirit in Indian workers!” Indians are conditioned to be individual performer. So all those Team Building Exercises, all that HR’s effort to find ‘team players’ and the CEO inspirational interaction cannot build “Team Spirit”, unless India changes the way it does the way rich country do, teach its children to learn and work in groups.

Hence India needs to do something radical. It has to map various kinds of jobs that would be available 10-20-30 years form now and then connect the dots in a way that it links today's children’ education to those future jobs. That would bring in complete clarity on what education is required for each sets of job. Then by understanding the aptitude of each child, encourage them to learn what they like. Once their interest is established, grouping them with children with similar as well as different aptitude and encouraging them to help each other, can expedite learning the “Team spirit”. All this has to be done with teachers involvement who can help practice team work in day to day life. Not keeping teachers close to the real need of the world has been one of the major reasons that Indian education is irrelevant to the first time job seekers. To make it relevant, children, as students need to be put into in problem solving situation as a team. A child’s aptitude can be majorly influenced by his /her interaction with others in peer group and instead of hearing “peer pressure”(I hear it so often for school children), one would hear “task pressure”! This is what they would need when they grow up and start working. That is what will make them more relevant in the real world.

Once employed, the lack of problem solving ability leads to dysfunctional environment that forces one to look for individual gains rather than contributing to team(s). Further, lack of working experience in a “group” at any level, promotes individualism, which creates a very intense peer-to-peer competition. However, in this fast changing tech driven world, the need for them is to work with each other. Today’s competition is not with peers and in fact it is not even with industry peers but ‘against market transitions’ as put by John Chambers of Cisco in the same article! Hence to win against the competition today, continues innovation is the way and to stay ahead of the curve, one needs a “GREAT TEAM”! This may also explains the lack of earth shattering innovation in India. In other words, individual sparks of brilliance are not the way to progress but a collective effort or “Team spirit” can lead to innovation, higher productivity and overall growth! The “Team spirit” has to be developed in children as students thru India’s education and sports to make “Team spirit” as part India’s work culture & work force!