“Past Frequent Flyers”: How to Lose your customer, learn from Airlines! 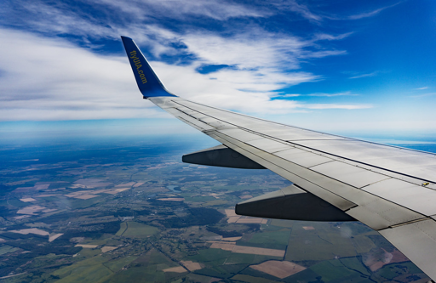 Airlines remain very indifferent to their customers, specially totheir “past Frequent Fliers”! I say past as all senior executives, who flyfrequently, take a career break every now and then and reduce their flyingfrequency, becoming “past Frequent Flyers” I am not sure how much data analysesairlines indulge into, but in my experience, they are worst at it as all these“past Frequent Flyers” are very upset including me!

While I was in USA in early 2000 for several years, I started usingUnited Airlines only as I could collect points and fly my family to USA formIndia and vice-e-versa. Also, I was flying various continents, I could get easyconnection and the tickets were competitively price. I was primarily flyingeconomy as part of a startup and enjoyed. Occasionally, on very long flight, Iupgraded myself to Premier Economy that was introduced in later part of mystay. The upgrade came without any fuss, right on the counter and even in lastmust.

Between 2004 and 2012, I had patronize Jet Airways, an Indian airlinesin India and flew almost weekly all around the country and atleast once in aquarter, overseas. I must have clocked hundred and thousands of miles spendinghundreds of thousands of dollars. Then in 2012, I sold my company and took asabbatical. I stopped flying domestic and flew overseas once in a quarter tovisit my friends and family in USA. I still preferred the same airlines JetAirways due to familiarity and excellent inflight service.

Then came a shock. Towards the 3rd quarter of last year, Ireceived a communiqué form the Jet Airways that I have been downgraded to entrylevel Blue Status from Platinum! All the benefits were withdrawn! I have nostatus. I felt like I am suddenly nobody and my existence has been reduced to afirst time flyer instead of Frequent Flyer. In fact, just before the news came, I had bought tickets form my nextthree journeys to Europe and USA, all Biz Class not realizing that airlines isgoing to dump me as person non-grata. I felt like being betrayed and wasgenuinely hurt by the airlines behavior. I even wrote to the airlines andcommunicated my view point where in I pointed to out that I have been therecustomer for ten years and don't deserve this treatment. Jet Airways neverreplied.

This was really upsetting and I decided to change the airlines afteralmost ten years. I moved to a low cost carrier and dumped the airlines to makeit mutual. No more tears but move one to start another relationship. I startedtaking Indigo Airlines and What a surprise! The ticket was cheaper than Jet,always on time, had less frills & more efficiency and last but not theleast, one could buy their way thru for Exit row seats! (I really struggled toget exit row seats on Jet Airways as they were available on first come firstserve basis). Inidgo has me for a long time till they disappoint me by reallydefaulting on any of the above. I even flew economy class to Dubai! I am happythat Jet mistreated me!

The came the shock from Indigo. First Indigo never realized that I wastheir customer. For them, I was just another customer. Fine as I was fltingeconomy at low fares. However, recently I cancelled on of my travels and guesswhat, I lost half of my money as cancellation charge! There was even aconvenience fee of Rs.500 for cancellation. Really! I freaked and startedlooking at the terms! No where it said that it is going to charge me sucha bigamount! I am now really upset and wonder what is the regulator doing! How cansomeone charge a hefty amount for cancelling a service that has not being used!It defies logic. I can understand if it was a product that I took delivery ofand then cancelled the order and the merchant has incurred certain charge! Ican even understand if the flight was full and it was an opportunity loss forairlines. Nothing like that has happened. I am even ready for airlines to waittill the flight takes off and the seat that I reserved is taken and then refundmy monies. What I cannot comprehend is first a cancellation charge and then resellthe service that too on a higher price! This is day time robbery! Hope someoneagrees!

This raises many questions and I all I am trying to do is pointing outan opportunity for good data analytic company to build a solution that can helptrack, see, follow, engage, retain and reward a customer! So here are thepointers:

·       it seems Airlines really don't use analytics intheir CRM: Else why wouldthey want to dump me who has been loyal for over ten years and would have gotflying in some time after a break?

·       Airlines don't Profile their Customers: Cant they see that I am 50+ corporate guy wholoves travelling, that too biz class, may be taking break?

·       Airlines have very static system: I am sure they cant see me as they rely on as ystem that has been create to see the ‘current’ guy! Not me as I am history injust 12 months! In fact they saw me again, fewer times but they did see me!

·       Airlines methods are primitive: So why didn't they correct themselves? Oh its the machine who does not see me! Oh they haven’t heard Machines Learning? Nops they haven’t! No wonder I am not important anymore for that idiot machine. Then why is Eon Musk so worried? He thinks machine can learn faster and will one day defeat humans to take over! Doesn't Airline know that?

·       Real Ignorant about the flyers need & Zero empathy: Well they have better things to do like flying millions of humans and forgetting about them!All they care about is making monies! No Two Bags! No more than 7Kg in Hand! NoMore than two bangs in Hand! I am sure if they have real time analysis, they will find that they are carrying way lower baggage loads that their capacityand they can pass that benefit to flyers rather than charging over weight capacity. (I am no way suggesting that they should do that all the time, but occasionally one can based on a travellers record where in someone like me normally travel with only two carry one bags and almost never utilize my baggage allowance)

I can go on & on! But have to stop as not many people are interested in reading long posts. Also, this is a universal problem, not Indianas recently when I took a United Airlines flight, they refuse to acknowledge me(my FF card was non recognizable!) as I was flying after 10 years with them!Talk about friendly skies!

I may be wrong but please educate me as I have no clue how airlineswork.