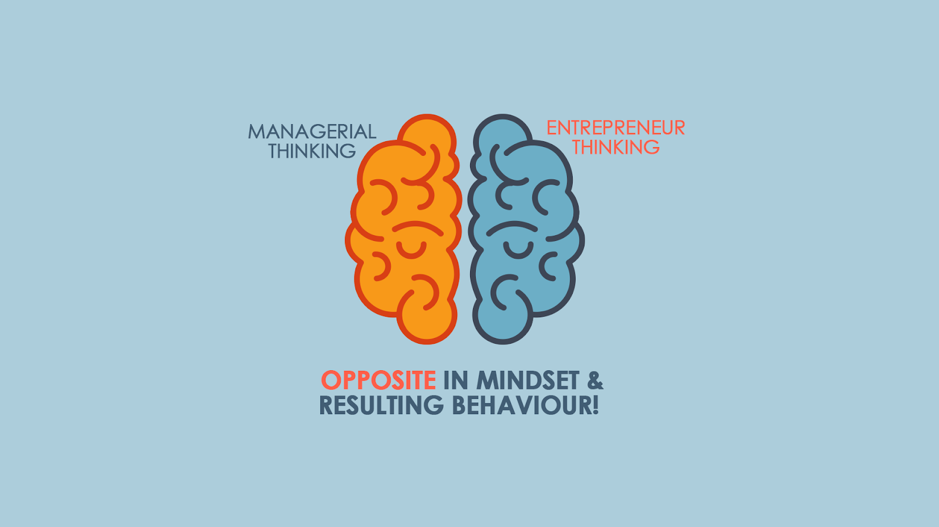 Post interacting  with hundreds of Entrepreneurs, Incubation and Acceleration manager, Mentors, Academicians, and various kinds of investor over last 5 years and I think I have found the reasons Indian startup ecosystem is not really maturing at the pace it should because of the “Causal Thinking” that is deeply embedded into the system.

In early 2000, Prof Saras D. Saraswathi of Virginia university established the theory of Effectual Reasoning an Causal Reasoning. She established the facts that Entrepreneurial ecosystem thrives on “effectual thinking” and ‘causal thinking’ is inverse of it. Causal Reasoning starts with Goals where profit is primary goal and failure is not an option! Next, Causal reasoning works on the principal ‘If one can predict the future, one can control it”. This means that if an entrepreneurs can plan meticulously, moblise resources like team, money and product and launch their product, they can win in the marketplace! This makes their attitude and behavior detrimental to startups as startups work on opposite principals as studied and established by Saras D. Saraswathi in her paper where entrepreneurs work with only with available means while allows the goal to evolve without bothering about the profit. It believes in controlling the future rather than predicting it and failure is acceptable It just inverse of Causal reasoning is effectual thinking that is essence for entrepreneurial success.

However, most of the Indian startup ecosystem is lugged by ‘causal thinkers’ making it extremely difficult to mentor startups to start, survive, sustain and scale.  Each ecosystem stakeholder carries a "causal" baggage that makes the startups vulnerable and ultimately fail. Let me explain each stake holder and their ‘thinking’ as observed in this tree part article.

One of the reasons for lack of Innovation is the way these CEO’s and Managers in Incubation Centers are trained to think and work while serving in large organization. It is defined as “Casual Thinking”. In general, in MBA programs across the world, students are taught causal or predictive reasoning – in every functional area of business. Although these causal thinking and reasoning managers enable one to make predictions, to diagnose the causes of observed events, and to choose the right actions to achieve goals, their causal thinking is not good at spotting potential surprises.

In effect, these CEO’s and Managers assume that all possible contingencies have been covered in the planning process and that no unforeseen events are possible. This leaves them in shock when the problem occurs and they create panic. These CEO’s and Managers are also not good at exploring all the possibilities for a startups! They tend to focus on one or two of the more plausible outcomes and work toward them. All this leads to lack of innovation and Killing the startups as Innovation is the heart of a startup!

CEO’s and Managers of incubation center fail to recognize the importance of learning from failure and hence consider failure as unacceptable event as Causal thinking has no option of ‘Failure’ whereas in startups, Failure is acceptable and failing early is even better. The current CEO’s and Managers of incubation centers don’t recognize this as they believe in Causal way of running an enterprise is best suited for incubation as an enterprise.

The situation at educational institutions and its incubation centers is even worst as they have highly educated and, in some cases, highly decorated academicians who have been teaching and practicing ‘Causal Thinking’ all their life! Now they are so hell bent on doing things over decades that they can’t even appreciate the disruptive way a startup is thinking, suggesting or doing! Privately, a head of IIT incubation center told me that majority of startups IDEAS form his IIT don’t even some to incubation screening as they either get rejected at sponsoring prof level as either the Prof don’t understand what the student is proposing, or they don’t have time to mentor the entrepreneur!

One has also observed that these CEO’s and Managers of incubation center have “I know it all’ and ‘my way or highway” since their success is not measured in short to midterm. None of them have a metrics to measure their success as it is generally considered as the startup success will happen in long term! This is completely false notion! A Incubation center and its success can be very well measured YOY simply by looking at their startup traction. Most of the startups at these centers do not even have a monthly or quarterly reporting structure to stake holders including the incubation centers. However no one is looking at them and they themselves are not doing anything about it since they are very comfortable in their position for 5 years minimum. Also, their training in the organization make them very regimental and they treat the startups as their subordinates and run their organization as quasi CEOs!

These CEO’s and Managers of incubation center need to take advise, seek help and also engage with outside world for enhancing their knowledge levels.